The so – called “events March” made by the Cupertino giant not usually as big as their equivalents from September to October, and in some years simply not carried out, but the machine rumors accumulated too much information in recent months and yesterday was the day chosen to clear doubts. A new feature is nothing less than the new iPad Pro 9.7, thus establishing a “return” to the classic format screen, and the addition of some new functions. 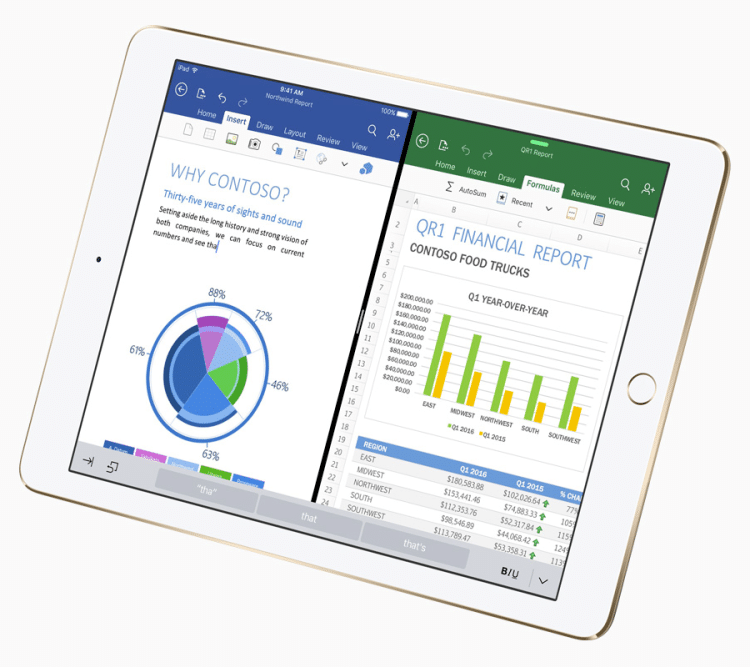 Again, Apple is going through interesting times. Both their profits and their market capitalization remain monstrous, but that does not change the fact that they must fulfill the demands of their customers. On the one hand, the first answer comes with the brand new iPhone SE , essentially an iPhone 6S within the housing 5S, and a four – inch screen. According to Tim Cook and his battalion, 30 million people opted for the iPhone 5S last year, confirming something long suspected Cupertino: Not everyone wants a “phablet” in the pocket . The debut of the iPhone SE (March 29) allows Apple to finally remove the 5S. The second response Apple reaches with its tablets, and the new toy is an iPad Pro.

The first highlight of this model compared to previous iPad Pro is obviously its size. The iPad Pro 9.7 adopts a format extremely similar to the iPad Air 2, retaining the high process, width, thickness, weight, and screen resolution (2,048 by 1,536 pixels) . However, the most notable differences can be seen through the hardware. The new iPad Pro incorporates a feature called “True Tone” , actively measuring the brightness and temperature of ambient light, delivering something like a dynamic calibration of the screen to respond to their environment. The SoC is identical to that of its older brother (A9X dual-core with the coprocessor M9) , but its main camera is now 12 megapixels, therefore, the iPad Pro 9.7 is the first of the family to offer support recording 4K . Something similar happens with the front FaceTime camera, passing from 1.2 to 5 megapixels. The Touch ID has not gone anywhere, and another aspect that borrows 12.9 – inch model is the configuration of four speakers. 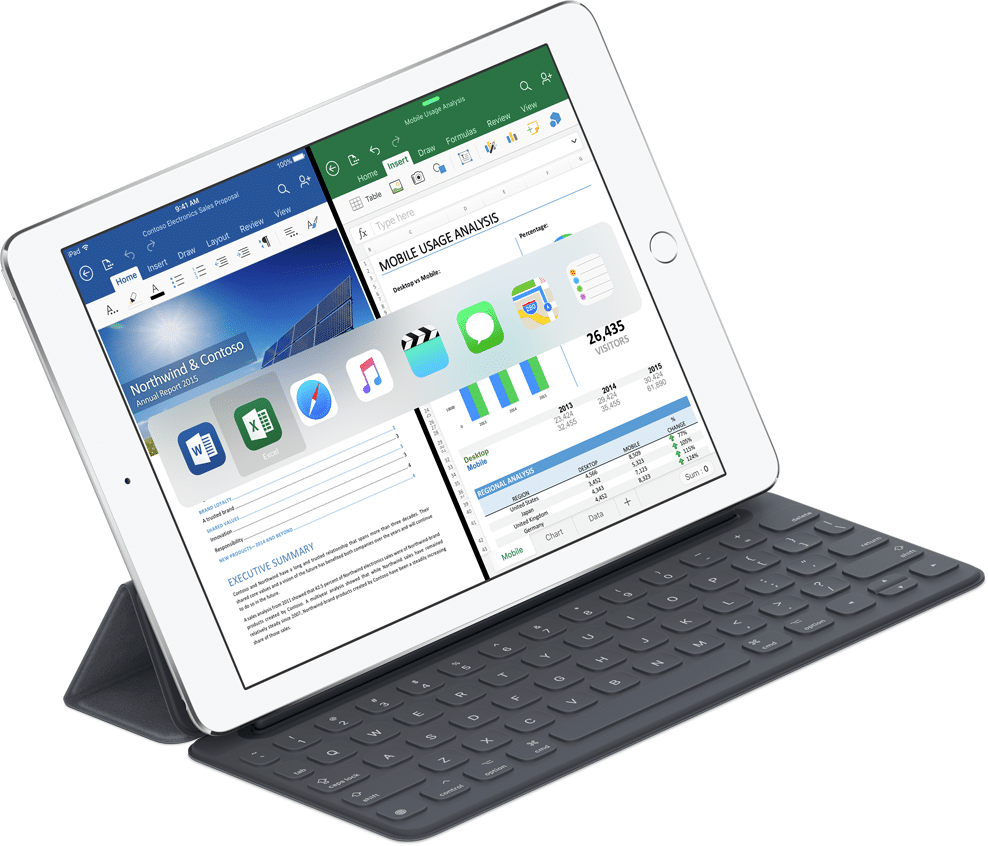 Finally, it is necessary to mention that the iPad Pro 9.7 also has available an Apple Pencil as an optional accessory, and the launch of a new confirmed Smart Keyboard, presumably to combat the spread of the Surface Pro. The official price of iPad Pro 9.7 across the globe will be $ 599 in its edition of 32 gigabytes (WiFi). A secondary thing to consider is that the appearance of the new iPad changes the prices of all previous models. For example, the iPad Mini 2 passes worth some interesting 289 euros in its WiFi version price that will put much pressure on the Android tablet market.